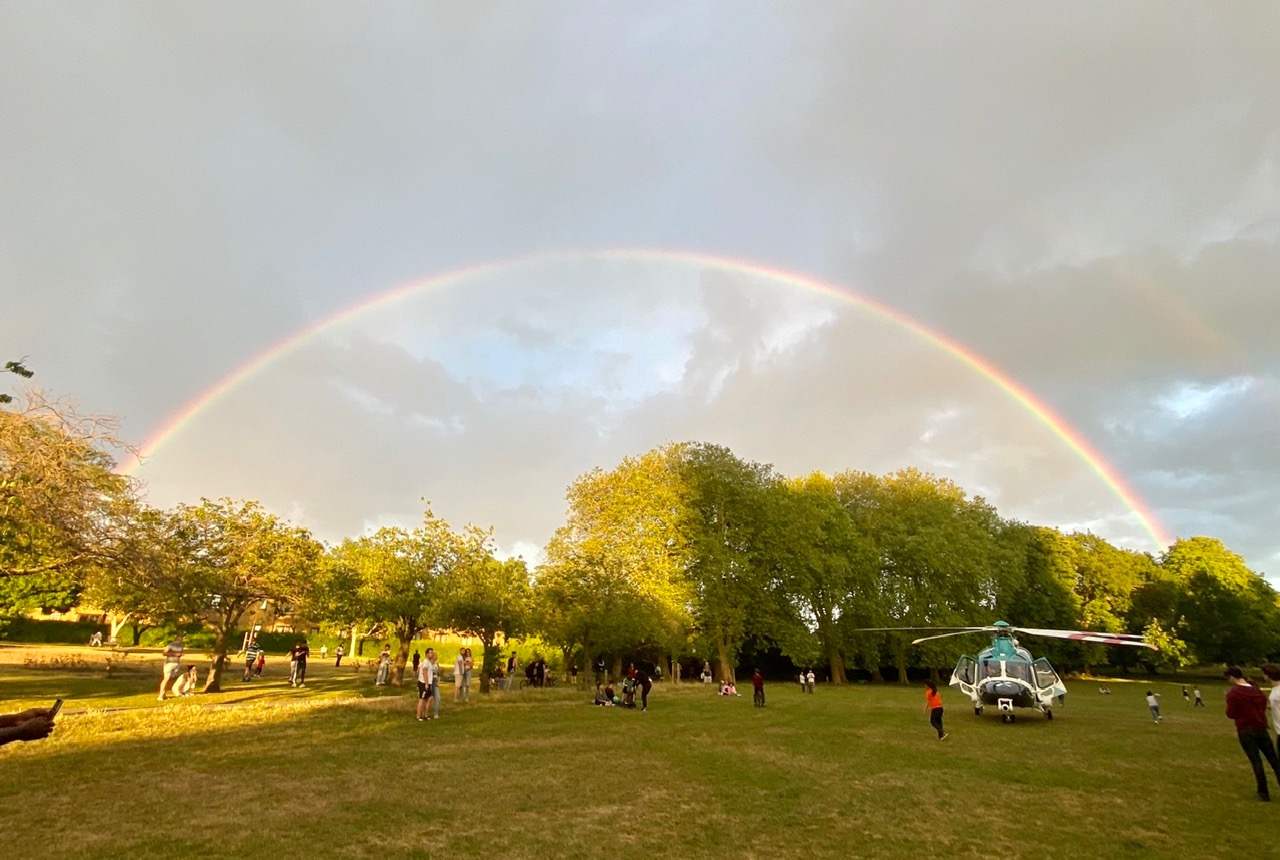 The Air Ambulance attracted its usual crowd of admirers and the curious when it landed in Park Hill Park on Tuesday 16 June. It was responding to a stabbing in Edridge Road. A young man in his 20s has been left fighting for his life in hospital. If you think the helicopter looks a bit different, that’s because it belongs to the Kent, Surrey and Sussex Air Ambulance, not the London Air Ambulance we are used to seeing.

This photograph was taken by Zara (@zarascakes on Twitter)