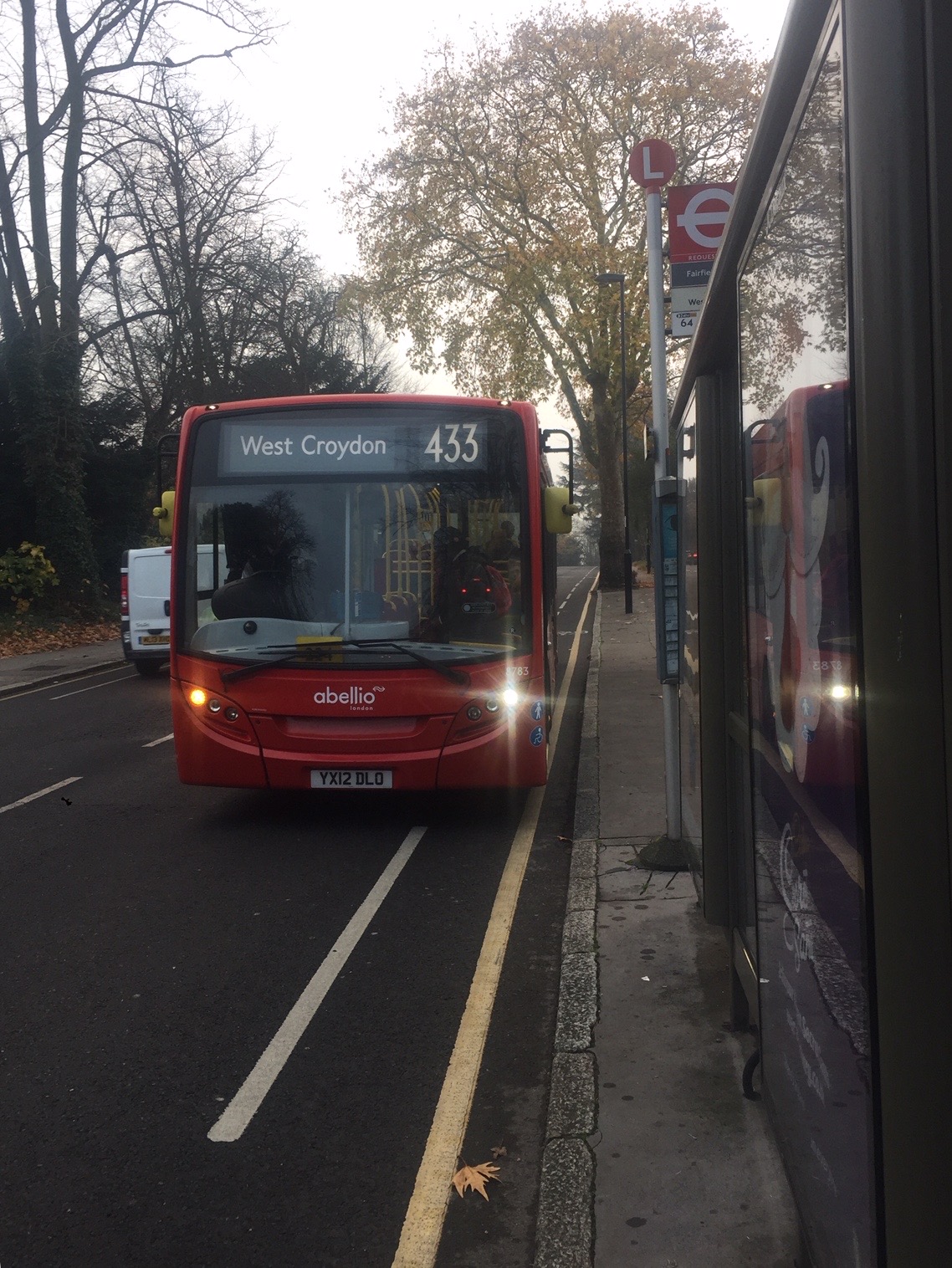 Apologies to anyone trying to catch the 433 bus from stop KC opposite the Fairfield Halls. Contrary to what it says on the bus stop, the Tfl website and the Bus Times App – and to what was happening when the changes took effect – buses do not seem to be stopping there. A driver today said the first and last stops were in Park Street and the 433 did not stop at stop KC. We have asked Tfl what the situation is. Meanwhile the safest place to catch the 433 is East Croydon station, but we hope that does not lead to the route being cut back still more as no-one is using an earlier stop.