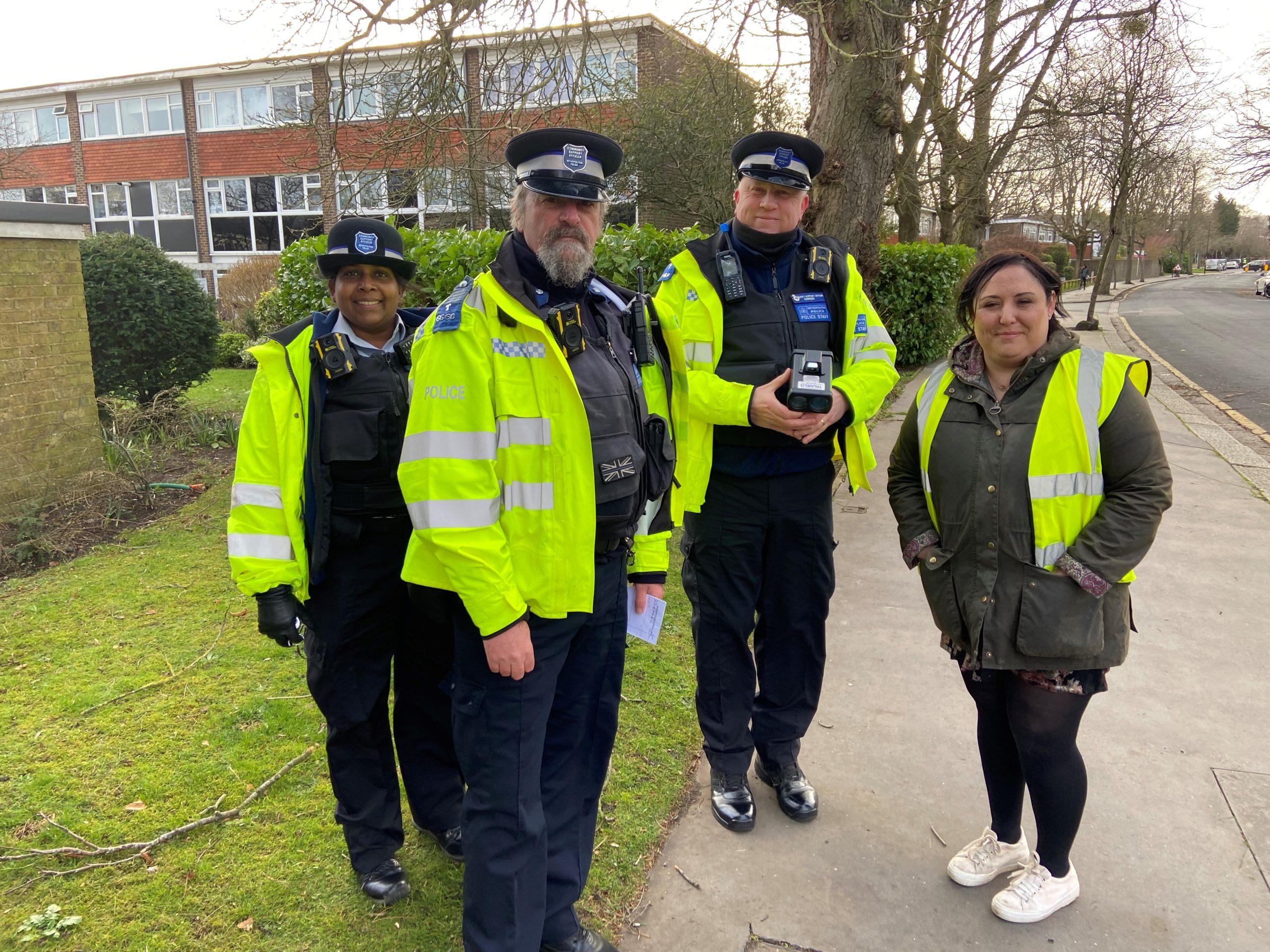 A‘Roadwatch’  was set up by Cllr Jade Appleton in conjunction with PCSO Robin Thomson and his colleagues in response to concerns about speeding.

The operation took place on Monday 21st February at the intersection of Chichester Road and Park Hill Rise between 8am and 9am, with a view to identifying cars that were travelling more than the maximum of 20mph on those residential roads. From their viewpoint, they were able to see the length of Chichester Road (to the shop), those coming up the hill from Addiscombe Road and those exiting Selborne Road.

– a total of 218 cars passed their viewpoint during that time

– the maximum speed by a car was recorded at 39mph

– several drivers were stopped and warned by the PCSOs in attendance.