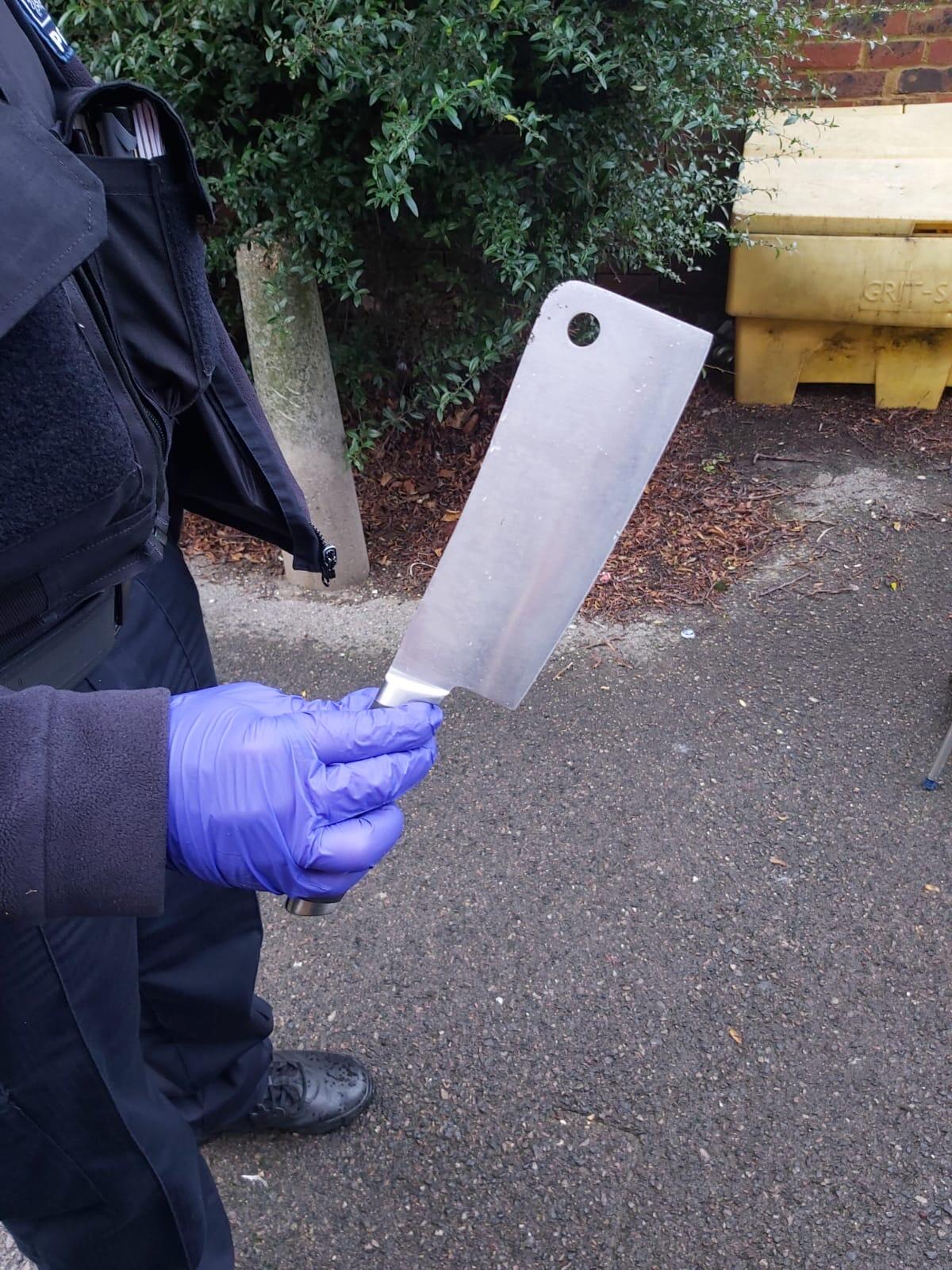 A busy week for information from the Police. The Nextdoor app had an update on the activities of Inspector Warnes and Croydon’s Neighbourhood teams.

This week is no different. Here is an overview of what some of his officers have been up to this week

2 of the dedicated ward officers from Fairfield arrested a man in Brighton after he had set fire to a hotel room in Croydon and checked out. After a 15 hour shift they convinced the Crown Prosecution Service to authorise a charge for arson with intent to endanger life and he was remanded in custody. This was the third arson he had committed this year. Another dangerous individual off the street due to the continued efforts of these officers and Mr Warnes leadership

The Broad Green team conducted a weapons sweep around the London Road area with Met Volunteers and found the two knives shown in the attached photos. They later arrested a persistent shoplifter in the BP garage for several linked offences. He was then Charged, remanded and Criminal Behaviour Order application has gone in to restrict his movements in the area. They also focused on stop & search and arrested a female for possession of amphetamines. This person was also wanted for a failing to appear at court following charges for assaulting a police officer.

The Shrublands team utilised their stop and search powers around the estate and found the red knife on a youth. He has been charged with points & blades.

The Fairfield team, not happy with the great result locking up the arsonist They ran a small shoplifting operation and arrested two individuals for shoplifting in the same shop, within 10 minutes of starting. The work continues around the clock in your neighbourhoods.

Check back here for more updates and information.