Round up from Croydon’s Safer Neighbourhood Teams 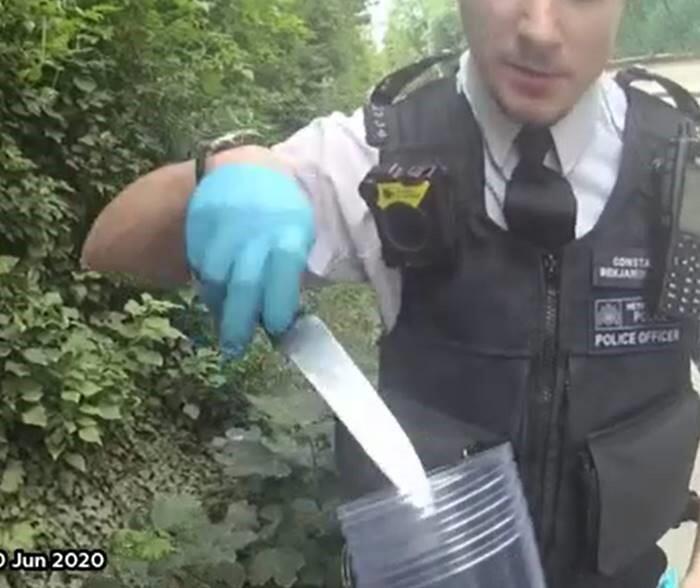 A message from Inspector Stephen Warnes

A few stories from your Safer Neighbourhood Teams over the last few weeks.

Last week the Addiscombe West PCSO had her ear to the ground regarding a potential stolen safe. PS Barnard had no officers available as they’ve been mobilised and sent elsewhere across the capital to police unlicensed music events or protests. He approached other departments and succeeds in collecting a menagerie of officers. On the way to the suspected address, a burglary is reported in Addington and a safe has been stolen. The team arrive at the address and caught the suspects redhanded trying to angle grind their way into the safe. One suspect flees out the back and starts to garden hop but is quickly detained. Three arrested for burglary and the case has been taken on by the Serious Acquisitive Crime Unit. Excellent work to all involved, especially the Sergeant with his quick thinking and resourcefulness.

Last weekend officers from the Town Centre Team were on patrol in Tavistock Road after they had received numerous complaints about drug dealing and anti-social behaviour. They observed a group they believed were suspicious and one of the group quickly took items, hiding them in his pocket. As they approached the group, the male ran away. Officers chased the male and he was quickly detained. He was searched and 11 bags of cannabis were found in his man bag. He was arrested and at the station his phones were checked. His phone revealed he travels from Lewisham to deal across South London. He was charged with possession with intent to supply and remanded to court the next day. A positive example of stop & search.

The Purley/Coulsdon/Kenley team conducted a small operation on Brighton Road, not far from Tescos. In just a few hours they seized 7 cars for no insurance and made an arrest for what we now call ‘drug drive’. As officers were returning to their station they saw a 17 year old male walking down the access path from Purley train station onto the Godstone Road. On exchanging glances with the officers the male immediately ran and officers jumped from the vehicle to give chase. The suspect made an attempt to discard a knife, however this was seen by a member of public, who happened to be an off-duty officer, who pointed this out to the officers. The male continued around the front of Purley station where he was detained by another member of public…. who also happened to be an off-duty Police officer. The suspect was arrested for ‘points & blades’ (possession of a knife) and will be charged. He resides in Southwark and we are yet to find the true reason behind his journey to Purley. The New Addington & Thornton Heath teams ran a larger operation in both of their respective areas using officers from Street Duties (Student officers) and the Violence Suppression Unit. They seized 10 vehicles for no insurance, made an arrest for theft of motor vehicle as one the cars was found to be stolen, made another two arrests for drug drive and one for possession of class A. This took place last Wednesday when it was uncomfortably hot. Thank you to the kind members of public who brought the officers bottles of water.

The Shirley team were patrolling Woodmere Avenue after community concerns around anti-social behaviour and drugs. The officers saw a group of 9 males smoking and stood around three vehicles. They had cause to search the males but nothing was found. Two of the vehicles were searched but the group denied knowledge of the third vehicle, and the keeper details didn’t match any of those present. The 9 males then left in the two vehicles but officers were concerned about the third apparent abandoned vehicle. They completed checks on the phone with the registered keeper, who stated the vehicle belonged to either her husband or son. She provided details and checks quickly established that one of the earlier males had lied and provided false details. Officers spoke to the family and requested someone attend to open the car to enable them to search it, but they were given the run around for over an hour. The husband eventually told officers he had sought legal advice and they didn’t have the power to force entry. Someone has given him some bad advice. Officers smashed the window and found £60 cannabis, and £270 cocaine (values provided by the suspect in interview). He was arrested and charged. Sometimes you have to follow your gut instinct.

Pubs and licensed venues re-open on the 4th July so we expect them to be extremely busy. We have a policing plan in place and the Licensing Team have been working closely with venues to make sure it runs smoothly.

I have previously run a 1 hour Q & A session on Facebook that I’m now looking to bring it across to the Nextdoor platform. It’s to discuss your local crime issues and sometimes I will have the local Sergeants online to answer questions about specific wards or areas. Is this something you would be interested in? I’ve tried to keep this short so thank you for reading. Stay safe!