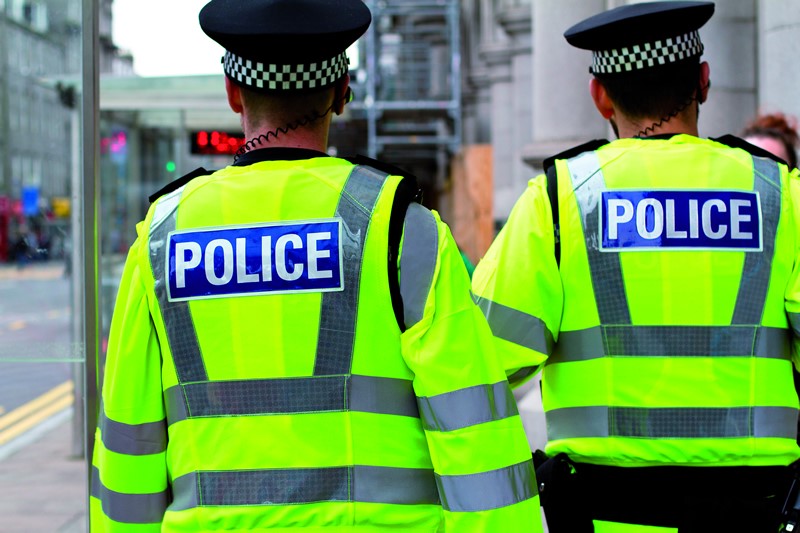 Some of you may have seen this on the news already but as the operation was run by myself and the Op Basswood team I wanted to share it locally.

On Tuesday morning starting at 0300am the Operation Basswood team led a pan-London and South East region crime operation targeting an organised crime group heavily involved in the theft of catalytic converters. With nearly 300 officers involved 20 premises search warrants were executed at locations primarily in Hackney, both residential and businesses, and locations in Essex including a caravan storage site and London Gateway docks.

Our investigation of Croydon, Sutton & Bromley offences have led us to an organised crime group operating from Hackney and also a scrap metal dealer suspected of moving the goods, and several other locations in Essex.

Four arrests were made: two for conspiracy to commit theft, another for handling stolen goods and a fourth was wanted by the courts. Two stolen caravans were recovered, one having being stolen last year in Sittingbourne. A Landrover Discovery was also recovered in Essex having been stolen from a location nearby. 10 vehicles were seized for either being used in the commission of crime or for fraud. £60k cash was seized overall with a £35k found hidden under a mattress. 33 catalytic converters were recovered. 15 were found at a scrap metal dealer, along with stolen BT cable leading to the manager being arrested. Other catalytic converters were found in laundry bags with one bag having been left on a bed. A larger number of tools were recovered and also several different quantities and types of controlled drugs. A Mercedes was also seized from a driveway by HMRC for £30K tax debt.

This operation was planned by my team with support over the last few months by specialist officers and teams from across our organisation, and the invaluable support of partner agencies including the British Transport Police, Kent & Essex Police, GAIN, the Environmental Agency and NaVCIS.

I appreciate there has been public concern over these offences, however due to the covert nature of this investigation I have been unable to discuss our plans. Thank you for your continuing patience and support. I am confident our actions will disrupt and impede this team for some time. We do have suspects in the wind and this will now move us into phase two – The Manhunt.

In addition over the last two weeks our colleagues are also seeing success.

 Cavendish Road, Sutton a member of public detained a suspect in the street in possession of a catalytic converter and waited for Police to arrive. The suspect was charged and will appear at court.
 New Addington a vehicle driving at speed made off from officers and crashed through the bushes onto a golf course. The driver was arrested for drink drive, possession of controlled drugs, failing to stop and also theft from motor vehicle after a catalytic converter was found in the back of his vehicle.
 During another traffic stop in Thornton Heath a suspect was arrested for ‘going equipped’ after being found in possession of an angle grinder and other tools.
 Yesterday officers stopped a vehicle in Strathyre Road and found 3 x catalytic converters, a jack, cutting equipment and balaclava. Two suspects arrested, charged & remanded. Appearing at court this morning and an officer will be attending to apply for a CBO.

Some further good news: As a result of our partnership working with Toyota they have agreed to expedite a marking scheme for owners of their fleet and this will be rolled out imminently. We are also looking to run our own marking scheme with Smartwater products which will take place across all three boroughs in April. Thanks for reading and as always happy to answer any questions.